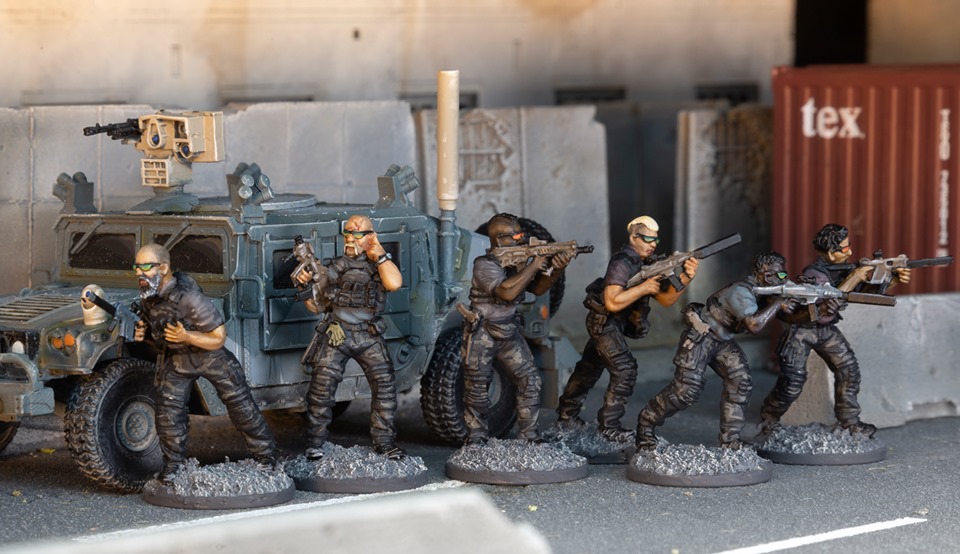 What is good?
Spectre is an accessible game, quick playing and able to handle (but not needing) quite large numbers of miniatures and vehicles. It now has an excellent rulebook to support it. It has a very flexible game mechanism that enables it to do anything one would expect to encounter on the modern battlefield.

This results in an immersive tabletop wargame that plays like one feels a modern engagement should play out on a wargames table. Playing time could be anything from an hour up to a day depending on how big you want your game. It scales perfectly up or down.

It covers all known protagonists of the current age as well as all the weapons one might wish to use in a game.

Last but not least the ruleset is supported by one of the best 28mm modern miniatures ranges on the market at this time: Spectre Miniatures. There are of course other producers for this period, but even if you choose to limit yourself to Spectre Miniatures you will be painting and collecting to your heart’s content for quite a while.